Hello! Since June 21st I've been working on a new (toy) project. I realised that I've never actually finished any personal project, so I hope I can finish this one. And I also expect to earn some money with it (what about a new $1 app on the App Store?).

So, what's this is all about? Well, by reading the title I think you already got it... Yes, it is a game, and it's not so different from any other quasi-games that I developed before...

Then you ask me, does it have a name? And the answer is, no! I'm still thinking about a lot of details, including its name. So, let's call it "new game" for the time being.

It's an old-school first person shooter puzzle platformer? What I'm trying to achieve is a "3D" version of the game 140, but with some more sprites and textures and with this same music/map sync... The beginning of the game will resemble old first person shooter games, like Wolfenstein, Doom, Duke Nukem, and Marathon. But, as the game progresses, it'll look a lot more like 140. It'll be like a voyage from some kind of real world to a virtual world (or to another dimension, I don't know yet). Some Tron-like effects are to be expected.

What do you have now?

I've already developed most of the game engine (using Open GL ES 2.0 and OpenAL), including most of the game mechanics. But I desperately need a level-designer and someone to help me draw some textures and sprites (64x64 PNG images that is). You can see some screenshots below:


That sound box is only there to help me debug the 3D audio.


Have you spotted the teleport? What about that "switch"?

Similarly to 140, you'll die if you touch any of those white-noise blocks.


I bet you know where that small lamp post came from.


What about this gun?

Oh, I'm glad you noticed... Well, none of the sprites on these screenshots will be on the final version (except for the "white-noise" block). As you probably noticed, some of them were obtained from other games. So, this gun will be replaced by a portal gun laser pointer that will allow you to interact with some objects from a distance, or something like it, I'm still thinking about it...

Probably not... This game is being written in C99 and Objective-C for iOS devices (iOS 6+). I don't have plans for an Android or Desktop (Linux or Mac) version in the near future. And don't even think about Windows...

Is this going to be an open-source project?

No, I think it's time for me to earn some money... But that does not mean that I won't share part of my code with you. I've developed some useful tools to help me with OpenGL ES, I'll probably share those.

Can I beta-test your game?

Sure! Just let me know on the comments below. You'll need a jailbroken iOS device for that.

Maybe a cooperative mode in the future, but not for the early versions.

Is it going to be fun?

I'm not sure, what I can tell is that it's being fun to develop, but there's a good chance that it's gonna be a boring game... 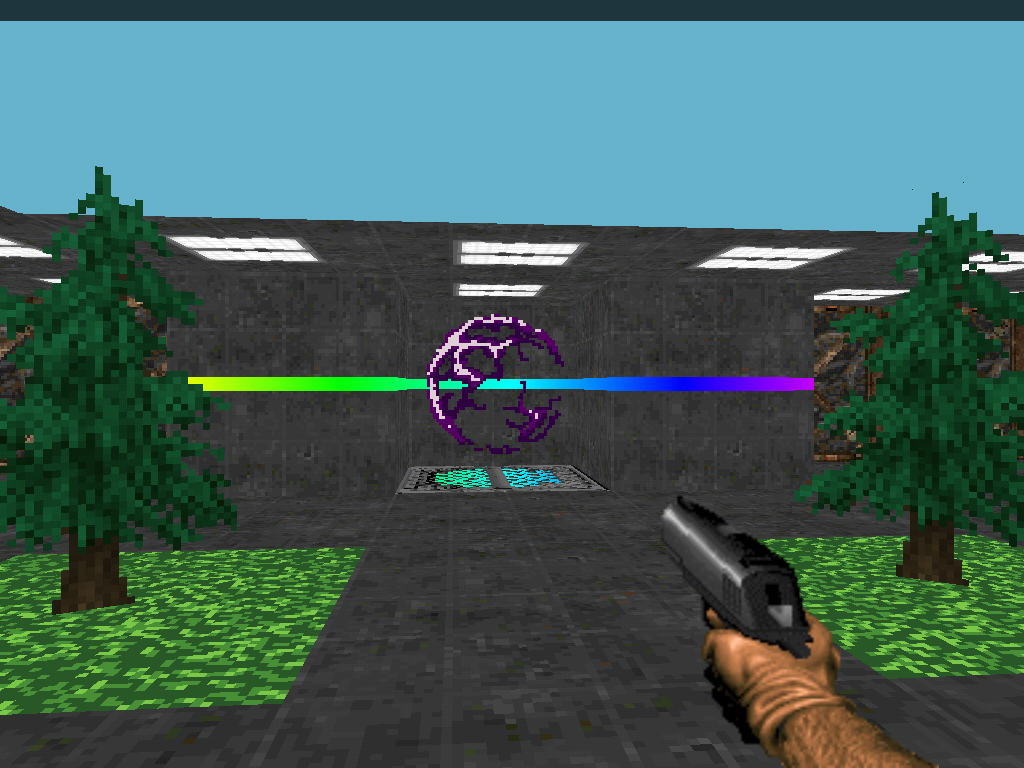 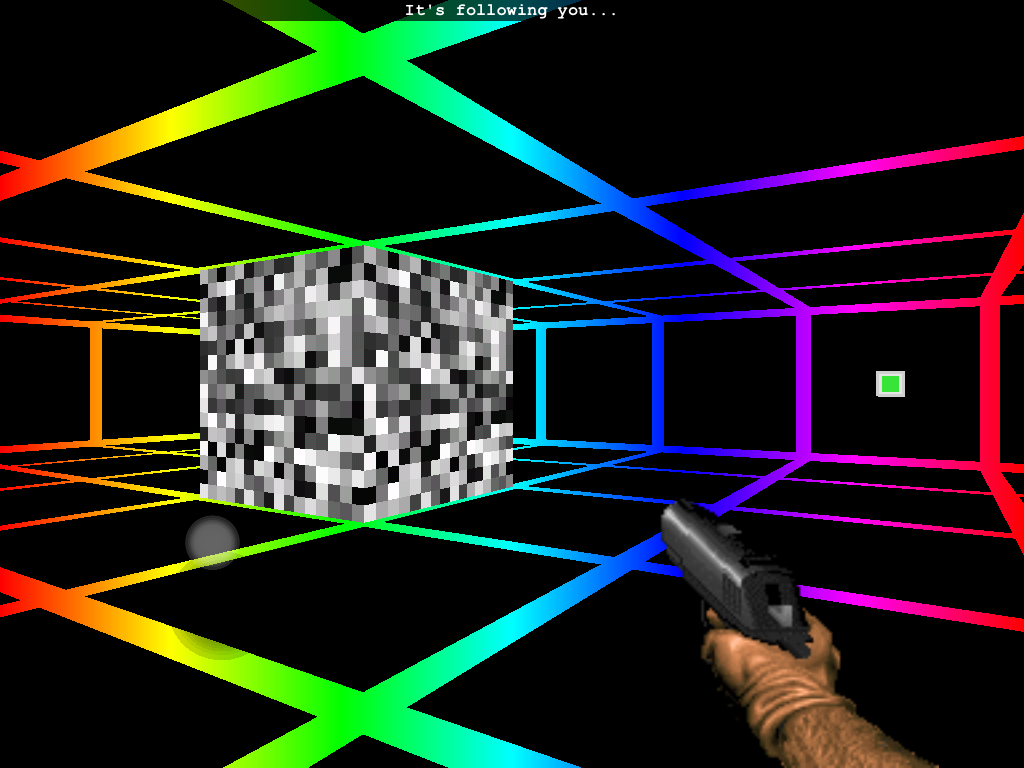