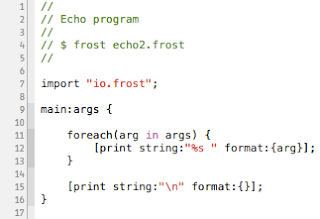 
Download complete example!
Posted by fabio914 at 12:25 PM No comments: 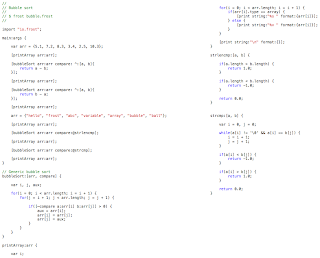 This generic bubble-sort can receive an array of any type of data to sort, as long as you provide it with a "compare" function capable of comparing these types of data.

How to create a function pointer?

How to call a block or a function referenced by a variable?

Why not a new programming language? 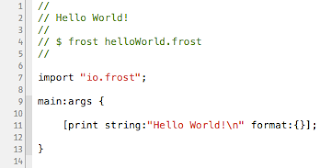 But then you are gonna ask: why are you doing this? 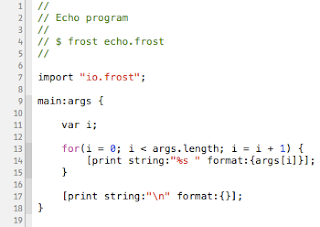 Now you ask: what's special about this new programming language of yours?

Well, nothing yet. Theoretically you can write any program that you could write in C, but using my language. This language is very different from C, but it has the same basic functionalities (i.e. you can: define structs, use arrays, use control flow statements, ...), and some extra functionalities (implicit memory allocation, garbage collection through automatic reference counting, dynamically typed variables, attributes, ...). As any other major interpreted language, you can create bindings of your C functions to the interpreted program. 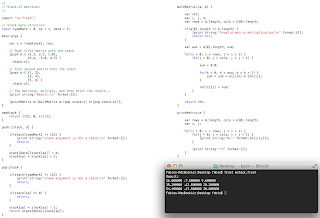 Here you can see a "generic" stack. This stack can receive any type of data.
In this case, it has received some matrices.

One advantage of this new programming language is that it makes it easy to define some data structures such as graphs, sets, trees, stacks, and matrices. You don't even need to specify your structure, all you need to do is create a hierarchy of arrays (you don't even need to specify the length of these arrays, though it is much more efficient if you do so). You also don't need to worry about memory allocation and deallocation, as it is done automatically for you (I still need to test it for memory leaks and "segmentation faults", but it should work well, especially if you don't have "reference loops" in your data topology). 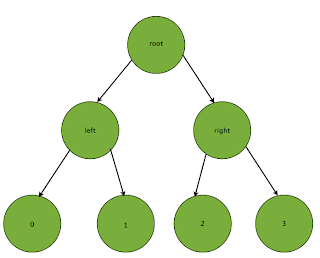 You can add more levels...

Those leaf-nodes could have different types of variables...

This possibility of having any type of variable in your leaf-node can be very useful because once you have programmed your own "binary-tree" library, you can use it with any type of data.

This project is available for download on SourceForge. Before downloading, note that this new language is still very young (it is almost two-weeks old) and it hasn't been properly tested nor it has some useful libraries (as of version 0.1, there is only one library: libIO that has some very simple functions for input/output).

This interpreter should compile on any POSIX system (I only used libc and posix system calls), but I only tested it on Mac OS X 10.8.4 (Darwin 12.4.0), and on Ubuntu 12.10 (Linux 3.5) and the included Makefile will only work on these systems.

Also note that I don't use efficient data structures for the internal variable and function handling (I only use linked lists), so this interpreter can run potentially slow if you have too many variables or functions in your program. I am about to improve these data structures as soon as I have time to do it...

If you plan to use this new language, note that its grammar is right-recursive (I know, it shouldn't be, but it is... I did not use Yacc to create a left-recursive grammar, I created my own recursive descent parser instead).

This new version has some performance improvements, I recommend you to download it instead of the others (it will run much faster than the previous version).

I am about to publish this app on the official Apple App Store, so I would like to hear some feedback from you before I do that. Thank you! 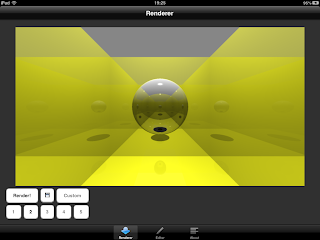 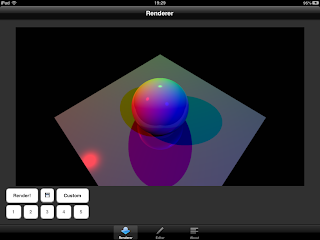